Not long ago a group of cadets visited the trench. As usual our volunteers were at hand to guide the group through the trench and provide historical information.
A short while later the following comment was send to us:

“Indeed it was the best tour experience I had, especially the realism of the trenches being displayed.  They surpass the quality of the display in Ottawa War Museum.  Again thank you to your volunteers showing us the history of WW1.” 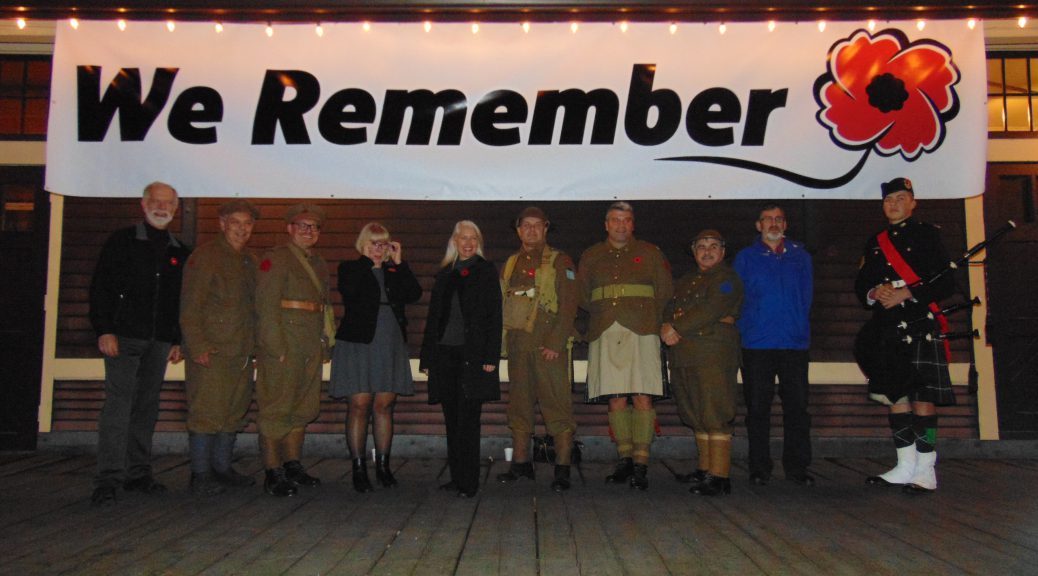 Thank you to everyone who came out to our Candlelight Vigil of Remembrance. It was a touching ceremony. Thank you to all who have fought for us and we will always remember your sacrifices.

Thank you to Volunteers John Goheen , Cary Price, Markus Fahrner and Alan Fox that helped organize and  took part during the event with readings. Thank you to Crystal Wei and Aaron Wu for helping with the food and staff Brianne Egeto , Jim Millar and Dorian Nijdam.

A big thank you to Snapd for coming to take photos , Bryan ness that took all the photos during the event and Geoff Scott from Tri Cities Community Television for videoing the event. 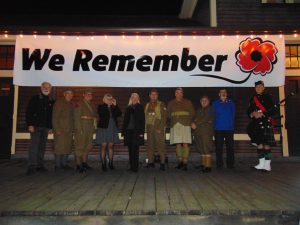 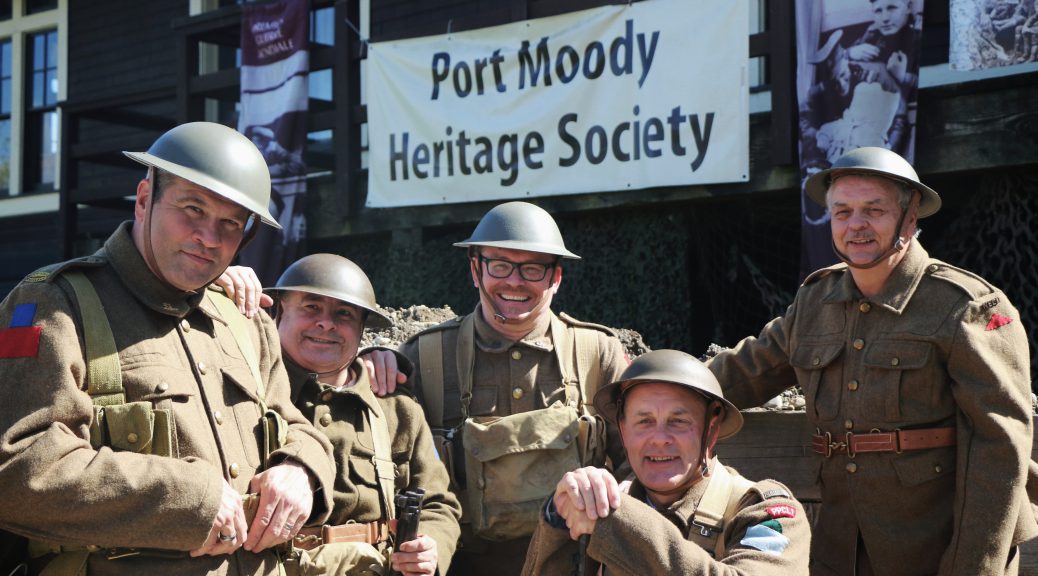 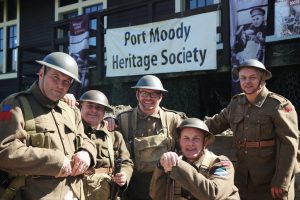 The Port Moody Heritage Society is lucky to have these guys as volunteers.

We had an amazing group of volunteers help build the Trench and put in a tremendous amount of work and time. The Trench Squad  was made up of  Guy Black, Sonny Son, Jim Millar, John Goheen , Markus Fahrner, Alan Fox and Cary Price. We had Cadet Groups help during the building of the Trench and are thankful for everyone’s hard work. There has been a lot happening since the Trench was built

We have a  group of dedicated volunteers ( John Goheen, Markus Fahrner, Alan Fox and Cary Price) who helped with the education part of the exhibit. They worked with staff to create a Life in the Trenches school program, created a Great War Talk series ( given monthly )and have done a Re-Enactment Photo Project. These guys come in to help with school programs, give talks on a monthly bases, are part of all trench related events and are very dedicated to educating the community. Last night we gave a talk at the Burnaby Historical Society about Canadians in the Great War and tonight we are having a Candlelight Vigil of Remembrance at 8pm at the Port Moody Station Museum. We invite you all to join us.

Pictures following show what kinds of things are volunteers have been working on. 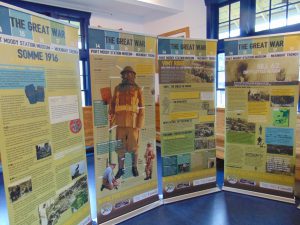 Markus Fahrner designed our banners for our Education Program and Great War Talks. John Goheen provided all the information. 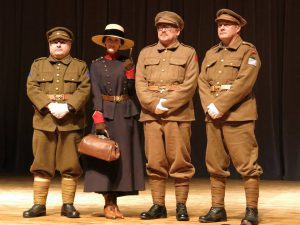 Cary Price, Markus Fahrner and Alan Fox were in our Fashion Show showing what soldiers wore. 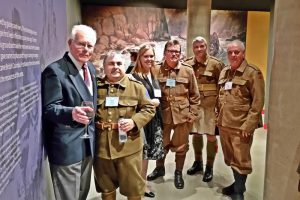 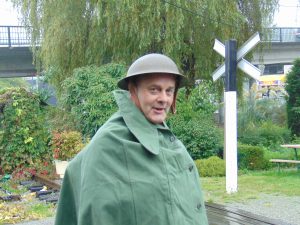 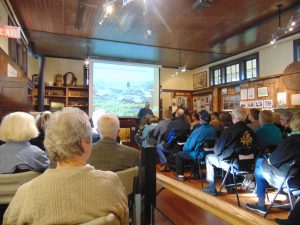 John speaking at one of our Great War Talks 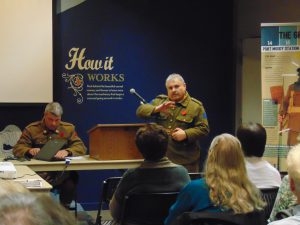 Cary Price talking about uniforms during the talk at the Burnaby Historical Society. 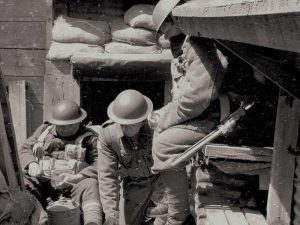 One of the Reenactment photos the guys created. 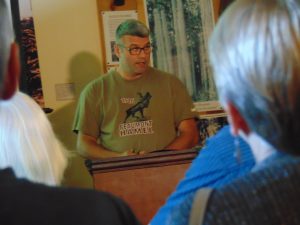 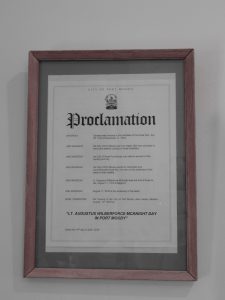 A Proclamation for 9 Port Moody Soldiers went to the Great War and died serving.

Executive Director Jim Millar has been able to get the City to do a Proclamation for the 100th Anniversary of each of the 9 soldiers for the day that they died. All nine soldiers bravely fought and lost their lives during the Great War and we want to remember their sacrifice. 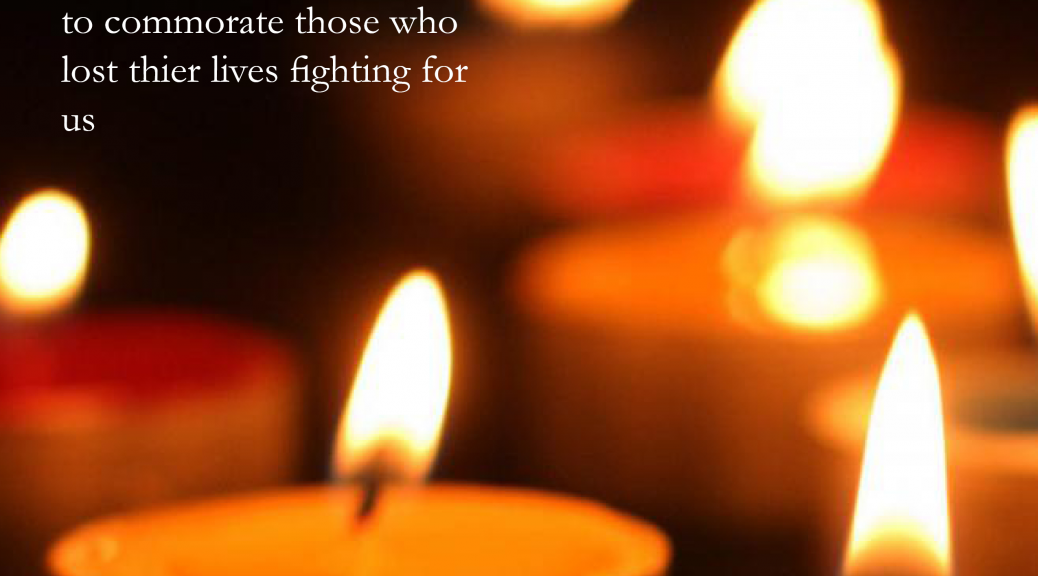 Please join us on November 10th at 8pm for a Candlelight Vigil of Remembrance. Please call the Museum at 604-939-1648 if you wish to attend. 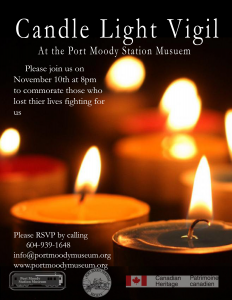 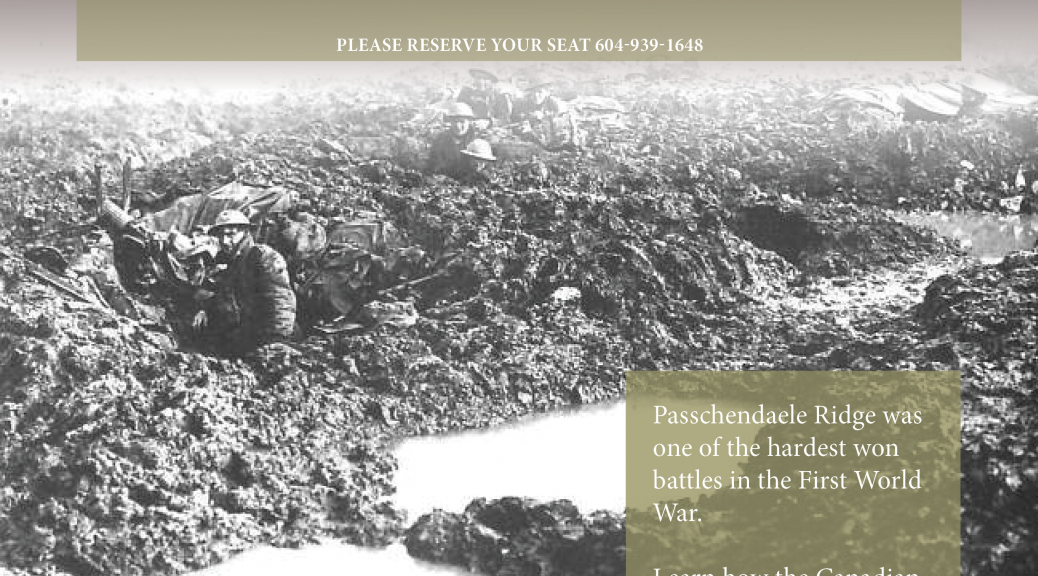 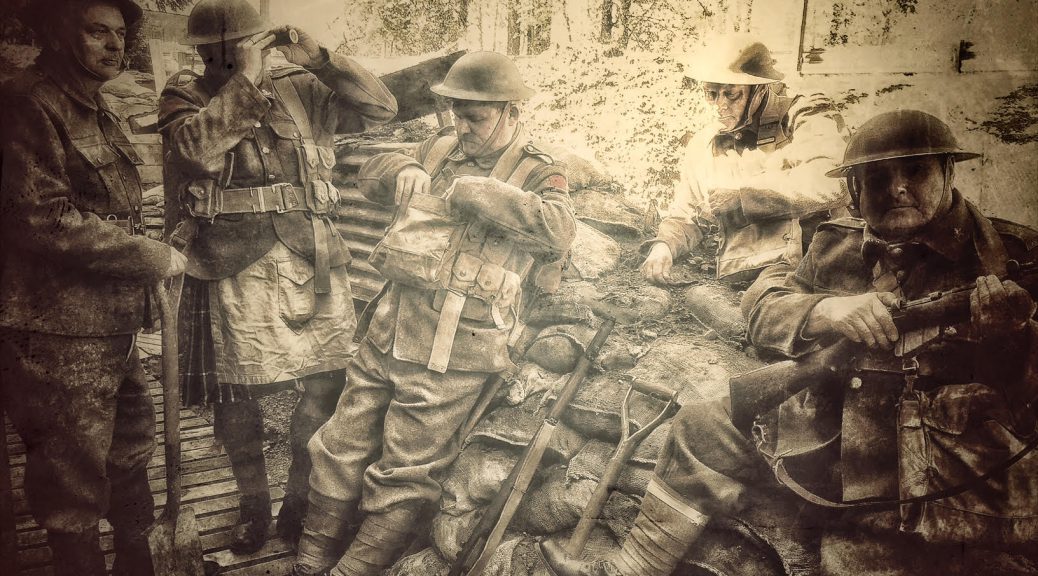 Since the McKnight Trench was created, the Trench Squad has dedicated themselves to helping with school programs, creating a Great War Talk Series and has started a WW1 Photo Re-enactment Project.  The squad works hard to make sure that the soldiers that fought in WW1 will not be forgotten.

Here is an example of one of the re-enactment photos. 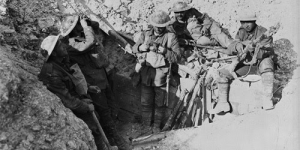 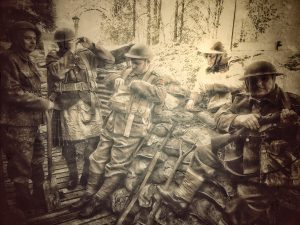